A Look Back at The Wave House

The Incredible Story of the Wave House by Walter S. White

Camp out at CAMP!

Each year, the Modernism Week line-up includes conversations and programs that look at modernism as it evolved in other regions around the world.  This year, the focus – at least on Monday – is on the East Coast.

“Unknown New York: The City that Women Built” Screening and Conversation
While there are more high-profile women architects shaping the New York City skyline today, it was not always like that.  Don’t miss the West Coast premiere of “Unknown New York: The City that Women Built” – a dazzling documentary written and directed by Beverly Willis, FAIA, architect and founder of the Beverly Willis Architecture Foundation.  The 20-minute film will be followed by a conversation with Willis, Audrey Matlock, FAIA, Principal at Audrey Matlock, and Elizabeth Mahlow, PE, Principal at Nous Engineering in Los Angeles.  February 18 from 10am to 11:30am at the Annenberg Theater, Palm Springs Art Museum.  Tickets available here.

“Women architects and builders have been shaping the skyline of New York City for decades, but very few have been recognized for their accomplishments.  With this film, we hope to not only showcase the work of these inspirational women, but also to inspire more young women to enter these professions.”  – Cynthia Kracauer, Beverly Willis Architecture Foundation. 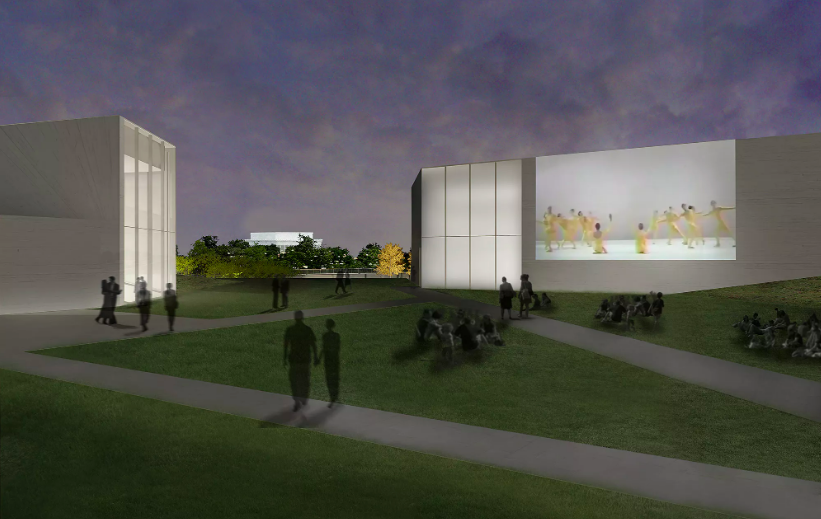 The Kennedy Center: An American Architectural Icon, Then and Now
The Kennedy Center for the Performing Arts in Washington, D.C. was originally built in 1971 by renowned American architect Edward Durell Stone as a living memorial to President John F. Kennedy.  This iconic landmark is currently undergoing its first-ever expansion.  In September 2019, the Center will unveil the REACH, which together with the original building will form a unified campus that will be the premier nexus of arts, learning and culture. The expansion of the center was conceived by Steven Holl Architects in collaboration with HOLLANDER design | Landscape Architects.  Architect Chris McVoy and landscape architect Edmund Hollander will be on-hand to speak in-depth about this meaningful and culturally significant project.   Learn more about the project via ARCHITECT.  February 18 from 12:30pm to 2pm at CAMP, which is located across the street from the Palm Springs Art Museum.  Tickets available here.

“These are Kennedy-like dimensions.  Unlike the Lincoln or the Jefferson memorials, this is a living memorial. It’s all about the change and the future.” – Steven Holl, Architect via Washington Post.

Both events will be led by Frances Anderton, host of KCRW’s widely-acclaimed weekly show DnA: Design and Architecture.

Designing Women in the Spotlight